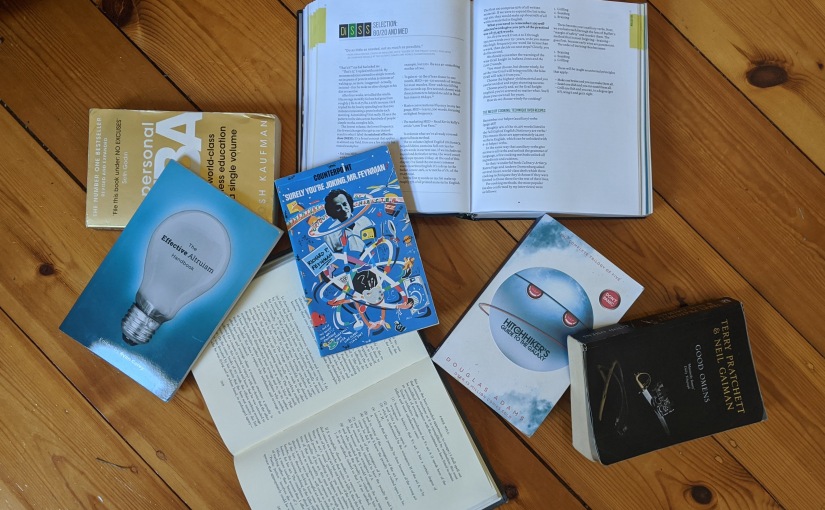 Here is an updated list of my favourite books, divided into five categories:

Fluent Forever gives you a superpower: the ability to learn a language in less than a year. And I mean really learn it. Chat people, read, write, and speak. It all started because Gabriel Wyner cheated on a placement test and needed to learn French in just a few months. I’ve used the same tools to learn anything from economics to interview prep.

(There is now a Fluent Forever App, which is awesome but won’t teach you how to learn other things. I still highly recommend the book.)

The Art of Learning – Joshua Waitzkin

The art of true mastery. Josh goes into details about learning at the deepest levels for the fiercest competition. His book explores how he become a national chess champion and a world champion martial artist. I’ve listened to the book at least 5 times and always learn something new.

Books on Understanding the World

Understanding our minds. This is the story about two characters. One is the slow, deliberate, conscious thinker. One is the fast, intuitive, snap decision maker. They both live inside your head, and understanding them can be surprisingly insightful.

Sapiens is the history of humanity. From tribes of different species of humans, to farming communities, to the vast fictional entities like “Apple” and “Google” that control our lives. This book is far reaching and brilliant. If you’ve never read a microhistory book, it’s worth a try.

How to build a better society. This book makes radical proposals for how to make systems fairer and more efficient. The problems that could be solved by collective ownership and truly proportional voting. It sounds contrary to reason and evidence, but is has solid economics to back it up.

Where should we begin – Esther Perel

Understanding Others. Esther takes us into her couples therapy and into some of the deepest, most intense and vulnerable moments. This book taught me so much about the people around me, and how disfunction can be resolved.

Books that Changed my Perspective

What if I traveled the world indefinitely? I would need to be rich right? Rolf Potts has the surprising thesis that most people from developed countries could spend months or years traveling if they wanted to. Vagabonding is an incredibly enjoyable way to experience life.

How can we use our resources to do the most good possible? This book contains the core ideas of effective altruism.

Harry Potter and the Methods of Rationality – Eleizer Yudkowsky

Harry potter is reimagined as a magical scientist. Trying to understand all this magic stuff. This was an incredibly fun read. Plus it’s freely available online.

Neil takes the role of a fireside bard and recounts epic tails of the Ancient Norse Gods.

These books are awesome but didn’t quite make the top 10.